Nottingham Forest goalscorer Morgan Gibbs-White says they were “cheated out of the three points” after Saturday’s 2-2 draw with Brentford at the City Ground.

Bottom-tier Forest were headed for defeat after Yoan Wisha lobbed Dean Henderson to make it 2-1 with 15 minutes to go, until Mathias Jorgensen’s chaotic own goal (90+6) salvaged a point for the home side at last minute of the downtime.

Gibbs-White’s (20) deflected strike opened the scoring for Forest, before Brian Bumo converted from the penalty spot (45+3) – after referee Andre Marriner overturned his on-field decision thanks to his intervention VAR – with Henderson deemed to have cut Wissa.

“I think we got cheated out of the three points,” Gibbs-White said, while his manager, Steve Cooper, added: “We feel it’s hard to see, that’s pretty clear.”

Brentford had their first away league win of the season as they grabbed it at the death but moved up to 10th while Forest remain rooted to the bottom of the table, two points adrift of safety.

Player of the Match: Morgan Gibbs-White.

How Forest salvaged a point

Forest started to hurt Brentford on the counter-attack and caused the visitors big problems for most of the first half. Gibbs-White was the mastermind for the hosts and his performance was rewarded with a tinge of luck as his shot deflected off Ben Mee on 20 minutes to break the deadlock.

Brentford were given a ride back into the game when referee Mariner awarded them a penalty for Henderson’s challenge on Visa when the striker was on goal. Forest players were furious and mobbed the referees after seeing several penalty calls already turned away themselves.

With regular penalty taker Ivan Toney ruled out, Mbeumo took spot-kick duty and converted with ease, sending Henderson the wrong way to maintain Brentford’s 100% record from the Premier League spot. No team has scored as many penalty goals in the first division without conceding.

Referee Mariner was booed at half-time by the Forest fans as tempers ran high at the City Ground. The home side’s afternoon took another turn for the worse when Wissa timed his run perfectly to meet Mathias Jensen’s through ball before spotting Henderson off the line to give Brentford the lead with 15 minutes to play.

Forest pushed hard for an equalizer after being the better side for large parts of the match, and finally got the win in the sixth minute of stoppage time when Gibbs-White’s shot deflected off Jorgensen and into the net – despite his best efforts Mee on the line.

Brentford are still searching for an away win in the Premier League this season and are now on a four-match winless run. The Bees have particularly struggled on the road since losing Christian Eriksen to Manchester United. The last league game they won on their travels without the Dane was against West Ham on 3 October 2021.

Gibbs-White: We were cheated by three points

“It was really disappointing. I thought we had complete control of the game for the whole 90 minutes and I think the stats will prove that.

“I think we got cheated out of the three points. We deserved three points. The boys played unbelievable and it was only two mistakes that cost us.”

Cooper: Hard to bite my tongue in penalties 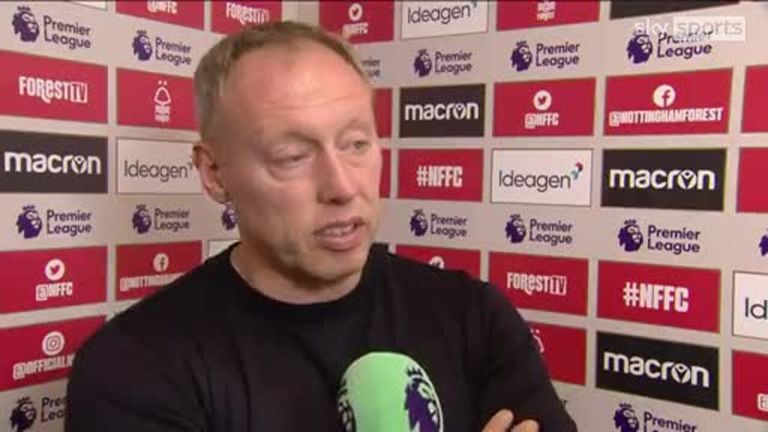 Nottingham Forest boss Steve Cooper felt a number of decisions went against his side in their 2-2 draw with Brentford.

Nottingham Forest manager Steve Cooper said Brentford’s penalty should not have stood but as it was awarded his side deserved three spot-kicks.

Emmanuel Dennis, Ryan Yates and Gibbs-White all had penalty appeals turned down, with VAR refusing to intervene in any of their cases, as it did with Wissa in first-half stoppage time.

“We played really well in the first 35 minutes and I thought we were good for the lead,” Cooper said. “I thought there should have been more of us [goals up].

“I didn’t like the last 10 minutes of the first half, we made some unforced errors that gave Bradford some decent chances, which were self-inflicted.

“You’re going to ask me about the penalty decisions. My feeling is that if he gives one he should give four. We think that with Emmanuel Dennis in the first half is worse, we feel that against Ryan Yates in The first half is worse than that which was given against us and then by Morgan Gibbs-White in the second half.

“We feel it’s hard to see, that’s pretty clear. The system let the referee down, more than a little bit. The luck went against us in terms of refereeing.

“But I also look at the last 10 minutes of the first half and the goals we conceded. The first is unlucky but we shouldn’t let them get into that position. The second is bad defending.

“It’s great to show heart and soul at the end of the game and to go on and get something out of the game. But I have really mixed feelings about how the game went today and it’s hard to bite my tongue.” 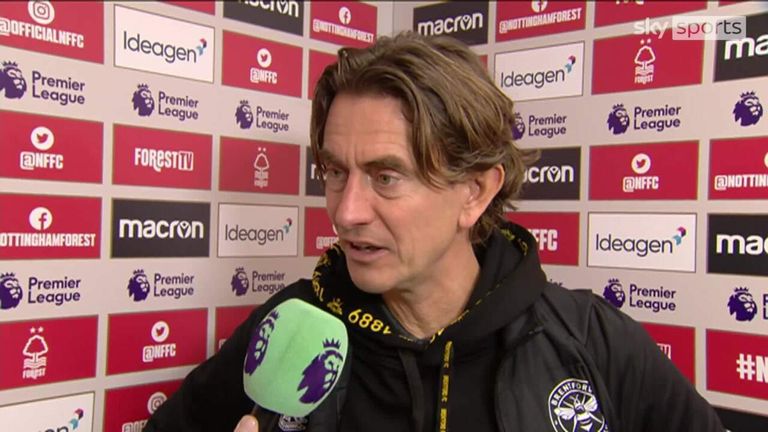 Brentford boss Thomas Frank says it was a difficult result after seeing his side grab a last-minute equalizer at Nottingham Forest.

“It’s hard to do when you’re leading with six minutes to go and you don’t get the win.

“I’m very proud of the team, we were a bit disappointed. Three of our four captains – Norgard, Pontus and Ivan – were out.

“Christopher Ajer and Aaron Hickey were also out, Vitaly Janelt we had to take off at half-time, Jensen hasn’t trained all week. So other players entered a difficult away field.

“There’s a lot of noise here. We went 1-0 up, Liverpool did that two weeks ago and couldn’t come back. The way we approached the second half made me very proud and pleased.” 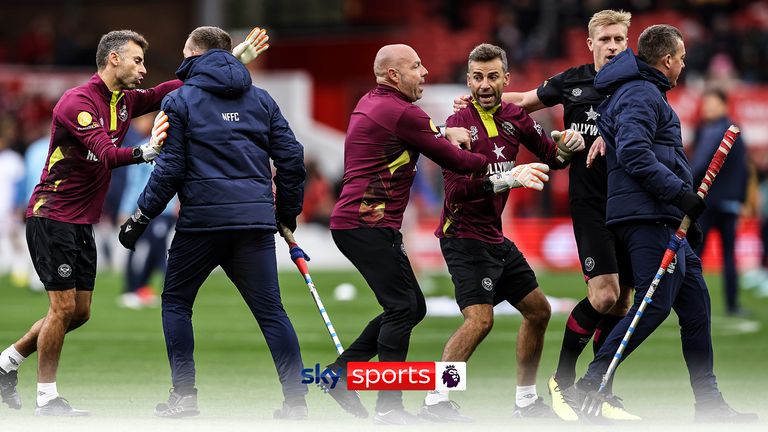 Frank said his goalkeeping coach was injured after a pre-match altercation with a Nottingham Forest home player.

He claimed Manu Sotelo has marks on him after an altercation with a member of the pitch before kick-off in the 2-2 draw and accused Forest of disrupting the pre-match warm-up.

“I don’t know if this is a coincidence, but I was very surprised. I’ve never seen it before. I hope they do it every time, against Liverpool and West Ham.

“He got a mark. I don’t know what, something gave him a mark and I even got a picture. I have a bit of a temper, so I’m not an angel all the time and I try to be the best version, but my goalkeeping coach is the most down to earth guy, there must be something really frustrating him.

“I just hope everyone is looking into it. There have to be cameras. I don’t know if you’ve seen it before or if it’s a common thing.”

Forestry chief Steve Cooper said he was aware of the incident but would not comment.

Nottingham Forest host Tottenham in the third round of the Carabao Cup this Wednesday. The start is at 19.45. Steve Cooper’s side then welcomed Crystal Palace in the Premier League on Saturday 12 November at 15.00.

Bradford the League Two club will visit Gillingham in the Carabao Cup on Tuesday with kick-off at 7.45pm. The Bees complete their pre-World Cup Premier League tour with a trip to the champions City of Manchester on the 12th of November in the lunchtime game at 12.30 p.m.

Previous Spider-Men in 'Across the Spider-Verse'